These days there seems to be a generation game-esque conveyor belt of crisis without the cuddly toy. Each subject area has its own, whether it is a crisis in housing, energy, health or care. There is however one area that affects all others increasingly every day, with a crisis all its own that has the power to damage, if not paralyse, our already fragile services.

This disorder is ‘#Infobesity’ a syndrome suffered by organisations, strategic decision makers and practitioners alike with symptoms that include:

Infobesity is caused by an excess of facts and figures that make it increasingly difficult to make sound decisions. Interestingly it takes many forms and can be hard to spot, but checking your inbox can be a simple test. The average local authority chief executive or director receives upward of 500 emails a day, not to mention the attachments they might include. With three minutes to read an email it would take 25 hours to read them all, meaning there literally are not enough hours in the day.

Infobesity is often accompanied by the lack of context and perspective, which compounds the situation. Although you hear phrases like ‘data driven decisions’ or ‘guided by the data’, most humans do not actually make decisions based on data alone. Instead, decisions are based on the context surrounding data.

The reason for this is an unavoidable matter of biology. Our brains have evolved over millions of years to become extremely powerful things, but numbers are new. Most people find it hard to comprehend the scale of numbers which is why you see unusual comparisons in media, such as the heart of a blue whale being the size of a mini or a new jumbo jet being as long as six and a half London buses. Although you could argue that these comparisons are not that helpful, without any context these numbers are meaningless.

According to health charity The Kings Fund, in 2020 spend on adult social care skyrocketed by more than £1bn  from the year before, an increase 300% greater than the previous four years combined. This is a worrying fact, however, with a little context, compared to 2011 there was practically no change at all, which is incredible if you consider there has been growing pressure on the system over the past decade and a global pandemic. 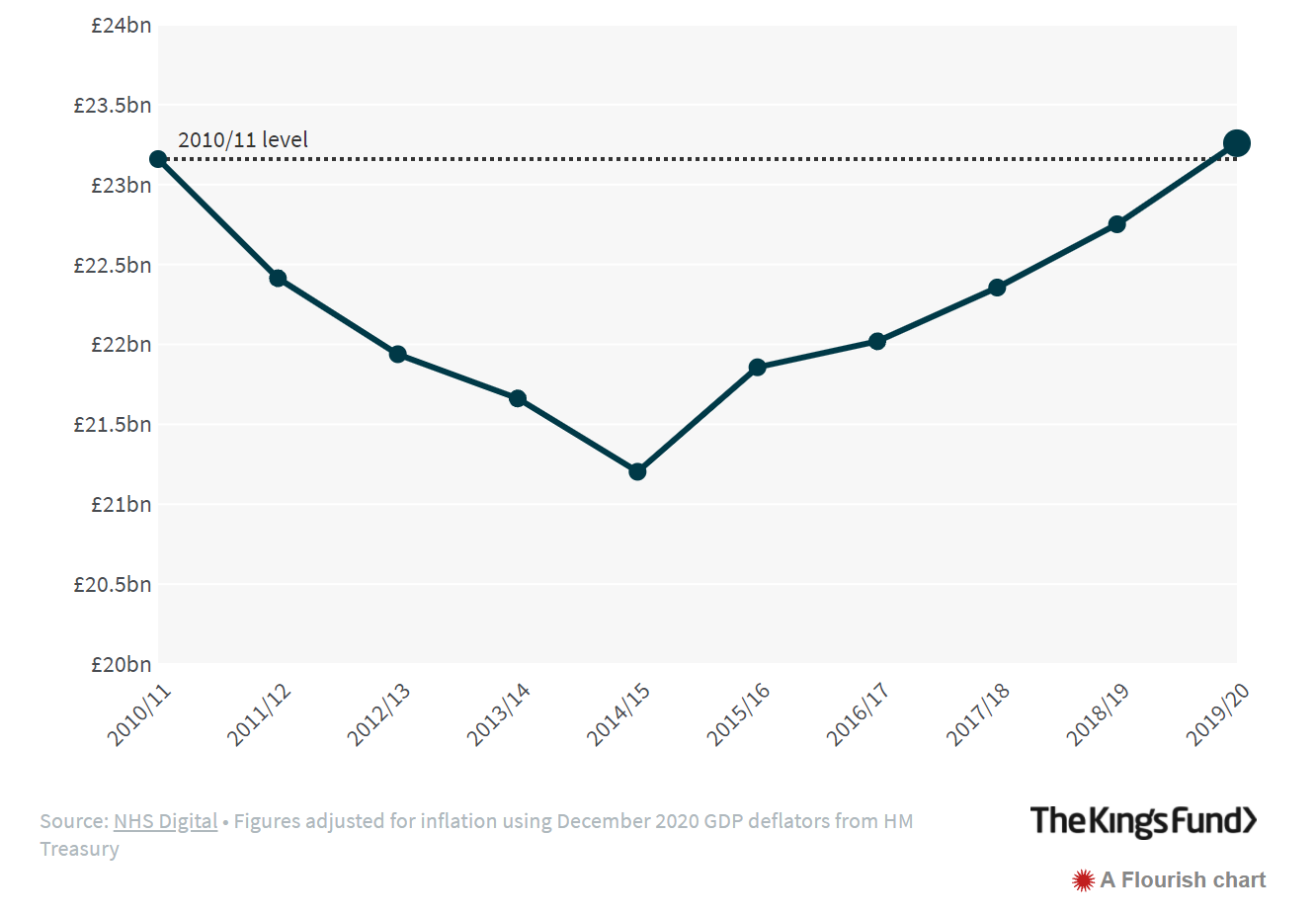 This is an excellent example of where having enough of the right data is important but framing it with the right context is arguably more important. Can you tell if one figure is genuinely better than another or whether an issue requires immediate attention or can wait? This is a key facet of a decision makers’ role.

The growing demand for data stems from a need to make better, faster decisions and a belief that greater detail leads to an improved understanding and consequently, better decisions. This strongly held belief holds true, but only to a point, after which the value of increased detail has diminishing returns. There is a point where the sheer mass of data becomes a problem in itself, leading to critical information being lost in statistical noise. This subsequently delays decisions and reduces effectiveness. This is not just frustrating. It also has real world implications.

The consequences of making good or bad decisions affect the vulnerable, our economy and the pounds in our pocket, so it pays to get it right and getting it wrong can cost more than money.

Fortunately, there is an emerging field of public sector data design with a new profession equivalent to a digital chef. These new professionals are taking raw ingredients such as huge data sets and reports, together with some clever tools and creative thinking to create a tastier product that is smaller in size and higher in value. Essentially, this final product is a ‘#Digital Sandwich’, pre-packaged, easy to handle and much more preferable than its constituent parts.

This field of work is very new to the public sector with examples of curated data like ‘The Bridge’  - a tool for data visualisation and providing effective economic forecasting - exploring the problem of infobesity and approaches to tackle it. The good news is, if you are experiencing infobesity, you are not alone and solutions to this problem are in research and development right now.

The term ‘infobesity’ may just become your new best friend. With it you can now call out this previously nebulous and intractable problem. Defining the problem is always the first step to conquering it. Try it the next time you’re in a meeting where the topic of data causes smoke to gently seep out of your colleagues’ ears and watch their reaction when you put a name to a problem they have struggled to articulate for so long. You might be surprised.