Getting back to recovery

The lockdown may still be in place but this week the Government’s talk is shifting more towards how to begin rebuilding the shattered national economy.

Strategic director of economic growth and housing delivery at Waltham Forest LBC Stewart Murray has been outlining to The MJ his council’s strategy for supporting the local economy and positioning it for recovery.

He has also been engaging with Greater London Authority (GLA) deputy mayors – with Tom Copley on housing and with Jules Pipe on planning, regeneration and skills – on ways to get planning, development and housebuilding moving again.

Asked what would make a difference to economic and housebuilding recovery, he said it was time for the Government to step in: ‘The Government should now start to do what the Government of the time in 2009-10 did in the credit crunch period – to come up with a recovery fund, which can be distributed locally.

‘I would recommend we create a house building recovery fund and an economic support fund that would also stimulate and support the construction industry. We can bring the affordable housing forward whilst the market is down, and it keeps construction people and the supply chains on site.’

This funding could be ‘administered by the mayor of London and other metropolitan mayors in large cities to ensure boroughs and the housebuilding sector get the funds in their areas’, he added.

The MJ also understands that a local economic recovery group set up by The Government met last week that included representatives from across local government – as well as the Treasury, the Ministry of Housing, Communities and Local Government (MHCLG) and the Department for Business, Energy and Industrial Strategy (BEIS). At the start of the crisis the Government moved quickly by announcing a year-long business rates holiday for all businesses for 2020-21 and empowering local authorities to give out grant funding to small businesses with a ratable value of less than £15,000 and to retail, hospitality and leisure businesses. And this week a new scheme was launched giving small businesses access to loans of up to £50,000 wholly underwritten by the taxpayer.

What’s clear is that councils need to be much more interventionalist now, said Mr Murray. ‘We’ve got to look after our local economies and also work together with other London boroughs, and look after our region working with the Mayor and the Government to get back to recovery.’

His local authority is also poised to intervene. ‘We have got £500m of investment – we’ve got an economic recovery fighting fund so we actually start to step in where the private sector may fail. But if the Government gave us a national pot of money we could do a lot more of this.’

What is he most concerned about? One worry was about the risks to the council’s investment and building programme. The council has its own property development company Sixty Bricks – primarily delivering affordable housing – and a housing regeneration programme with a pipeline of nearly 1,000 homes, which went through planning approval at the end of last year. All those projects were entering the construction and delivery phases. There is also a corporate property development programme. The council is in the middle of redeveloping and refurbishing its own town hall and developing homes around it, and delivering a number of other projects alongside that.

The capital investment programme was seriously at risk, and had to be rethought, said Mr Murray. He added: ‘We are working very closely with our contractors and our development partners to keep them on track and get ready for reactivation of those big corporate development investment projects as well as our housebuilding.’ The council’s schools building and library building programmes have been affected as well.

The council has ‘had a discussion with London’s new deputy mayor for housing Tom Copley to be ready to capitalise on the funding that City Hall has provided us with, and any other further pots of money so our projects and our housebuilding schemes are oven-ready to go’.

The council is making sure these schemes are ‘ready to go back on site as soon as the restrictions are lifted’. Waltham Forest also became the first council to pilot its monthly planning committee meeting virtually – ahead of a virtual cabinet meeting last week. That meeting was crucial as it was poised to approve the council’s £500m capital investment strategy for the next three years.

Returning to his call for a fighting fund from Government, he added: ‘If the Government gives us a bit of headway, and a kick-start or recovery fund, we could go in and keep projects going where the private sector companies are really struggling or fail.

‘That’s what government’s about – government local, regional or national.’ 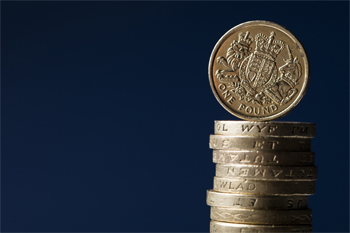