Track and trace: Should we case find?

On Friday 22 May, the Government announced that £300m will be provided to all local authorities in England to develop and deliver their plans to reduce the spread of the virus in their local area. The system architecture is still being designed and agreed between all the partners involved. The test and trace system is due to be up and running in England, in some form at least, by 1 June.Its immediate function is to be able to manage new outbreaks as the lockdown is lifted. The gradual lifting of lockdown measures will inevitably drive increced infection spread and raise the R number from the ‘peak suppression rate’ we inherited from the full lockdown – so it is a critical control measure.

Local authorities working with their local PHE offices will have to develop tailored outbreak control plans which will focus on identifying and containing these potential outbreaks in places such as workplaces, HMOs, care homes and schools.

Within this tier one response, it is likely that the local authority role will focus on managing ‘complex cases’ such as outbreaks in homeless hostels, and consequence management’. The latter will involve managing the unpredictable effects for key workforces where large numbers may have to go home immediately, self-isolate and get tested if they are contacts of a newly confirmed case.

The ‘army of contact tracers’ (tier two) will follow up contacts of confirmed cases and tier three will involve the App, telephone line and other entry points into the system through which confirmed cases are reported and their contacts passed on for tracing.

A key decision to be taken now by all involved is whether to case find as well as contact trace.

Case finding would involve testing all possible contacts in a workplace, school or other setting where a case is identified, whereas contact tracing involves just following the defined contacts of an index (first) case – but not testing everyone potentially exposed in the setting.

A recent case study of an outbreak in a South Korean call centre illustrates the benefits and challenges of case finding.

Following an outbreak in a call centre in a mixed residential/workplace block, the Korean local authority tested all residents in the block – both residential and businesses. They tested everyone in the building-not just the contacts of a symptomatic index case. In the 11th floor call centre, 94 out of 216 employees were discovered as COVID19 positive. Of these confirmed cases, 16.2% had generated a secondary case in their own household members. Four of the 97 of the confirmed cases were asymptomatic and remained so over 14 days. Without a comprehensive case finding approach these infected asymptomatic staff members may not have known they were infected if they were not contacts. If any of the others of the 97 confirmed cases had not been ‘contacts’ they also would not have been tested under a ‘contact tracing only’ system.

The Korean local authority leading the outbreak management had a testing system that was able to return results within 12-24 hours operating alongside this comprehensive case finding approach. There can be no doubt that adopting this case finding approach in the UK will be both massively demanding and significantly disruptive. The Korean case study involved testing 1,143 people – 922 employees, 201 residents, and 20 visitors.

However, not case finding may also be massively disruptive, and for longer.

One reasonable conclusion from the Korean evidence is that proactive case finding – i.e. testing of all those ‘potentially exposed’ in a setting and not just contacts of a symptomatic index case – will provide a more comprehensive ‘shut down’ of transmission.

As things stand now, our capacity and approach is a considerable distance from delivering this best practice model from South Korea. Our system cannot currently return test results in the same time frame as the South Korean case study, we would not test the whole block of apartments and workplaces, we would not test all the call centre staff and we would be likely to miss asymptomatic cases if they were not ‘contacts’.

Yet, if we don’t adopt and integrate case finding into the emerging design of our own track and trace system, we will risk prolonging the ‘long tail of the pandemic’; we will be less effective in controlling the virus spread and we will inevitably delay the time to full ‘societal recovery’.

My advice is that we should case find – and that we should build it into the test and trace system now if we really do want a ‘world beating system’. 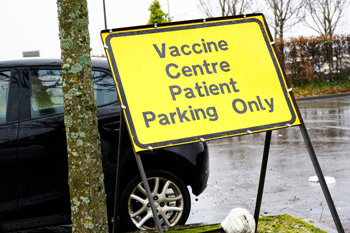