Thursday 23 April. 2pm. A council meeting starts at North Kesteven DC. Nothing remarkable about that, at least not in normal times. In the 47-year history of the council, there have been thousands of council, board and committee meetings. But this is the first one to take place in cyberspace. The council chamber remains empty. The council building is closed to visitors, a safe secure environment for a small number of people, fewer than 10, working to support an organisation operating online.

The Secretary of State issued regulations on 2 April, enabling councillors to exercise governance while not physically present in a meeting. In just three weeks, a project team led by the democratic services manager delivered the technology, the systems, protocols, constitutional innovations and training necessary for councillors to recommence formal meetings of the council. A remarkable achievement by a talented, committed team who above all, champion democracy, governance, public service values, ethics and standards.

It proved to be a great success. It could have been otherwise: broadband failed at the chair’s home just a few hours before the meeting. Thankfully, she was back online in time, probably through the tried and tested method of ‘turning it off and on again’. She rose to the challenge magnificently, steering the members through the agenda in just under two hours.

Councillors were well prepared. An intensive 10 days of training, mock meetings and opportunities to ‘have a go’ with video conferencing, proved to be invaluable. Members utilised the Microsoft Teams platform using iPads to access the meeting. In a ‘No Overall Control’ council, group leaders agreed informally to restrict attendance to 14 (there are 43 members). Members embraced the training and reduced attendance with generosity and good grace, recognising the importance of sound governance, safe decision making and practicality.

Members seemed to rise to the occasion, made excellent contributions and remained fully engaged throughout. They were also well dressed! I was the only bloke to turn up without a tie (must have missed the memo on that one). It is rumoured that at least one member received a text from his group leader at the start of the meeting, and as if by magic a tie appeared in the first couple of minutes – but it may just be a rumour. Group discipline appears to be in full working order.

There is something slightly odd about everyone sitting in their own kitchen, dining room or loft dressed in their Sunday best, but at least it signals a sense of occasion.

The senior democratic services officer fulfilled the role of ‘meeting control’, and this proved to be a vital support for the chair, and ensured members had a clear, confident point of reference throughout.

The functionality of the system added new features to a council meeting. Members used the chat function to indicate when they wished to speak, and to circulate amendments to items on the agenda. This becomes part of the public record, and potentially creates new ways of working when something approaching normality returns.

Significantly more people tuned into the meeting than would normally be present for a physical meeting, and this is worthy of some reflection in relation to ensuring local democracy is accessible to the public.

Voting took place by roll call, and while this provides clarity, it is also a bit clunky. After seven such votes though, the instances of the chair stating ‘councillor, you are on mute’ reduced. Electronic voting systems would add to the functionality of the system.

Feedback from members and officers has been overwhelmingly positive. The council agreed amendments to the constitution to enable smaller committees to be held for the lockdown period. A schedule of online executive board, planning committee, scrutiny panel and other meetings is in place.

The council also approved, unanimously, the business plan for a £55m investment in a 14 hectare enterprise park development, and plans and financing arrangements for a social housing scheme. Decisions which represent a statement of intent: in challenging times North Kesteven has the vision, the plans and the determination to lead the recovery and deliver the aspirations of its communities.

We have learned a lot from the experience, and I am sure we will learn a great deal from the experience of others too. The writer and academic Robert MacFarlane has traced the origins of the verb ‘to learn’ back to its roots; interestingly, it carries the meaning ‘to follow or to find a track’.

Echoing Roman history in the area, the motto of North Kesteven DC is ‘to follow the right path’. Learning is part of our DNA as we embark on a journey of discovery into new forms of governance and decision making. And I will have a tie to hand next time. 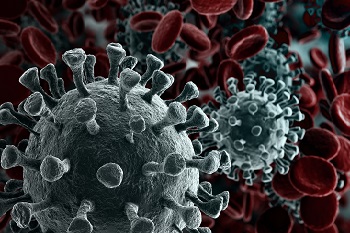